I started a t-shirt blog on December 9th, 2007. I originally started it as a way to promote my own designs on CafePress and later Zazzle. It used to go by a different name, the very generic “The T-Shirt Review”. Sometime in early to mid-2011, it became Rude Retro’s T-Shirt Review which was less generic but quite a mouthful. In 2011 though, circumstances conspired to go give me more time to work on my websites, and on December 18th, 2011 The T-Shirt Review was transferred to TeeReviewer.com. In June 2010, I also started this website, the Shirt List and over time it took most of my time, and Tee Reviewer got neglected. I finally decided to merge the two sites in 2019 and bring t-shirt reviews to the Shirt List. It took me until May 5th, 2020 to actually post the first exclusive original t-shirt reviews on the Shirt List. 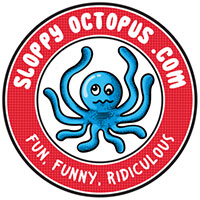 In the Sloppy Octopus Site Review the Tee Reviewer finds a lot of areas that need to be tidied up an improved and wonders if there is a market for the tees.

In the Sloppy Octopus T-Shirt Review, the Tee Reviewer thinks they get everything right but the design is definitely not for everyone. 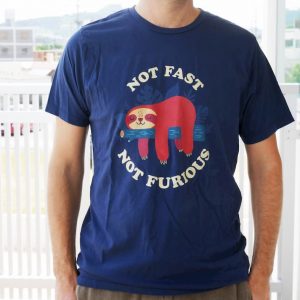 In this TeePublic t-shirt review, the Tee Reviewer likes the quality of the t-shirts and two out of three of the prints came out really well.