Mathiole (Matheus Lopes Castro) is one of the most popular and successful t-shirt designers I have come across. He has had a whopping 43 t-shirts printed at Threadless (maybe more) and a ton more at other t-shirt design contest sites. (You can read the details below.)

He grew up in Belo Horizonte city, Brazil dreaming of becoming a soccer player but luckily for us that wasn’t his only dream. Inspired by Spider-Man comic books from a young age, he started out by redrawing the cover art. Mathiole’s work has been in constant development since then. His artwork is stunning and inspiring. In fact, another artist was so impressed that she (scroll down) had his art tattooed on her arm. 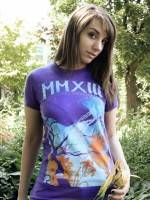 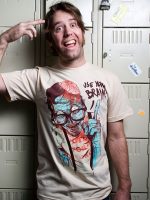 I could talk and talk but you have probably skipped this part and are already reading the interview so I could just be talking rubbish like bananas and carrots mate and their spawn look like…I don’t know where this is going. Read on, dammit!

Is Mathiole some derivation of Matheus? How did this nickname come about?
Back in school, my friends couldn’t give me a cool and funny nickname and I don’t know why but Mathiole popped out (I think it had to do with an Italian soap opera character that was on TV back then). It came as an ‘accident’, but I really like this nickname, since it’s almost unique, at least on the internet

I believe you are from Brazil. Where in Brazil did you grow up and how was it?
Yes, I’m from Brazil, Belo Horizonte city. It’s the third biggest city in the country, behind Rio de Janeiro and São Paulo.
I have lived here since I was born and I’m pretty attached to this city. I’ve built a family of friends here and I don’t see myself moving, even though I’ve been to amazing places and have had the opportunity to move to another country, I’ll probably stay here as long as my friends are with me. As you can imagine, I grew up thinking about soccer and soccer only. I was pretty good and I could have had a bright future if it wasn’t for some deficiency I had with body growth (I was too skinny and short for my age, all the kids were stronger than me). Time passed, I had treatment, everything went ok, but I was too old to become a pro. I decided to move on with my other dream: be a professional illustrator

Do you still live in Brazil? / Have you ever lived anywhere else?
Always lived in Belo Horizonte, Brasil, But I’ve been to Barcelona for one month and made short trips to Chicago and Cancun. 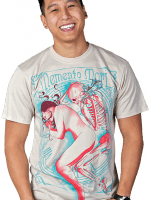 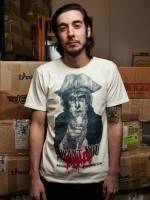 What do you like to do in your free time?
Play soccer, hang out with my friends, play video games, watch anime, listen to music, go to concerts and read.

When did you know that you wanted to be an artist?
When a friend dropped by my house with some Spider-Man comics, with the idea to redraw the covers. It was so much fun that I kept at it for a time. Then I decided to join a comic course.

Apart from t-shirts, are you involved in other art/design projects?
I have a design/illustration studio with two other friends called Verso, and we are creating a brand with our illustrations, mostly on t-shirts, but our goal is to expand into many products.

We are still at the beginning, but you can see some of our stuff at verrrso.com (Portuguese only).

I also have a project called Unic.verse. I’m planning to make a sequel to it, and also a book, but this might take some time to get realized.

With a few exceptions, your t-shirt art seems to be very complex and colorful. Do you ever finish a piece and then go all “More cowbell!”. (Of course, replacing the word “cowbell” with “color”.)
No! Somehow when I do a design, I have it almost done in my mind, that said, when I put it on paper, I know when it’s done. Lately, I’ve been into a monochrome phase, probably because I’ve done too much stuff with too many colors and I feel that I have to explore new and different things.

Where do you usually get your inspiration?
Very often people ask me that, and I’m not really sure, but I think it’s from the world that surrounds me, my thoughts, perspectives, and opinions about it.

Could you describe your typical design process from concept to completion?
Massive thinking: when the image is done on my head >digital sketch and image research for photo reference> I start the drawing usually on paper, but I also do some stuff directly in Photoshop. Once the lines are finished, I start painting on another layer, then I scan and put everything together. In Photoshop I balance colors and add details

Do you remember your first t-shirt contest win? If so, what was it and how did you feel?
I guess it was T.in.vasion, on Threadless. It was surreal. I can’t describe how excited I get when I found out.

How did you first hear about t-shirt design contests like Design by Humans and Threadless?
A friend of my told about Camiseteria, a Brazilian website just like Threadless. I drop by to see how it works and I quickly became addicted.

I know you have designed t-shirts for Threadless, Design by Humans, LaFraise, Imaginary Foundation, TeeFury, and Shirt.Woot! Who did I miss?
I’ve done one design for Nike, some t-shirts for Paul McCartney, two designs on ShirtFight (they’re sadly closed) and there’s also about 15 designs on Camiseteria, where I started my journey

Of the t-shirts that you designed, which one is your favorite?
‘End’ and ‘Natureza Morta’ 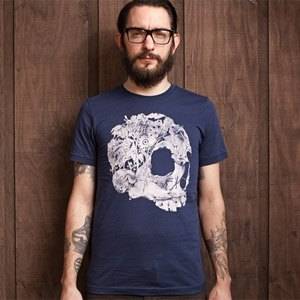 Do you wear the t-shirts that you have designed?
Only because I have them, not because I like them haha. I prefer to use more basic t-shirts and also nonsense stuff.

Have you seen somebody wearing one of your tees in the real world?
A few times. There’s a really cool story. I was at the mall with some friends, wearing one of my t-shirts, then two dudes who passed by me pointed to my t-shirt and said: look, it’s Mathiole! It’s funny that they recognized my design, but they had no idea I was actually Mathiole haha

What’s the most exotic location you have been to?
Ilha grande, it’s the biggest island in the Angra dos Reis archipelago (google it and you’ll see!)

Where would you like to visit?
Amsterdam and anywhere in Japan

There are quite a few well-known Brazilian tee artists like Bruno Mota and Robson Borges. Who was the first t-shirt artist from the Brazil to come to your attention?
Guilherme Marconi and Will Murai were two huge guys on Camiseteria (they’re still kicking asses, but they don’t do t-shirts anymore).

Which tee designer(s) do you admire the most?
Aled Lewis, Brock Davis, Olly Moss, and Stefan Glerum.

Have you done any collaborations for t-shirts? If so, who and what did you design? If not, who would you like to collaborate with?
Plenty! I’ve done collaborations with Hafaell and Vo Maria, which are now working together with me in the studio. Also done stuff with DjBisparulz and AlexMdc  Usually I came up with the concept and direct the process, ending up doing the colors and details.

I want to collaborate with a lot of people, but unfortunately, I don’t have time for that at the moment

Who would you like to see featured on the Shirt List next?
Rusc or Joao Lauro are representing Brazil’s finest! 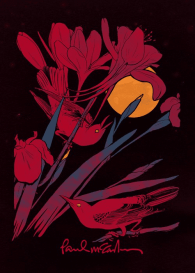 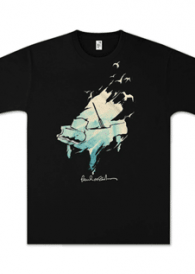 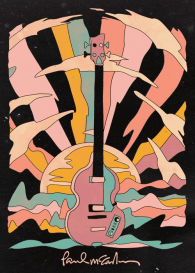 [Designs for the Paul McCartney store]

What design trends have made you go WTF?
I don’t follow too much design trends, but those fighting t-shirts with sublimated designs are horrible!

Any advice for other designers/artists?
Keep practicing and doing what pleases you instead of doing what could please the masses

Photoshop or Illustrator?
Photoshop. I hate vectors and I think really few people knows how to make good things from it. I’m not one of them

How do you feel about Adobe’s move from purchase to a subscription model?
I read something about it but I’m out of the loop. I love Adobe but I didn’t like the CS6 edition. I have the CS5 and there’s pretty much everything I want on it. If they bring more new to digital painting, such as more brush customizations (like painter has), they’ll get my attention, otherwise, I’ll just keep doing stuff with my outdated CS5

I assume you speak Portuguese and English. Do you have any other languages under your belt?
Well, I tried Spanish when I was in Barcelona and Cancun, I know something but just enough to survive. 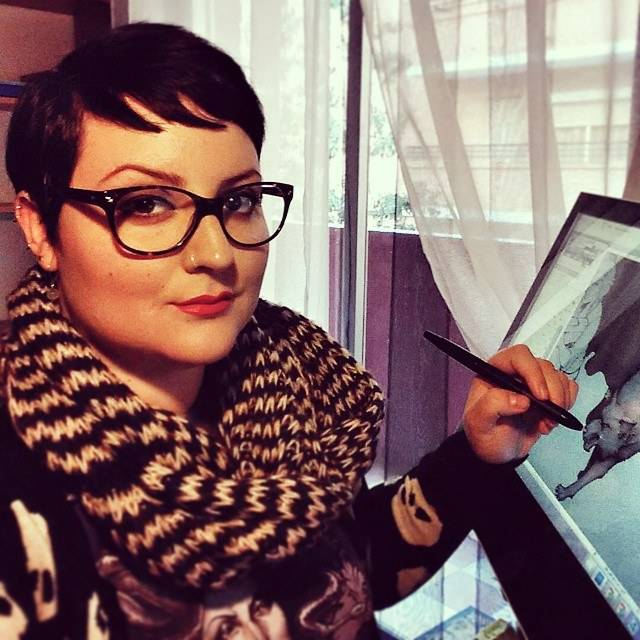 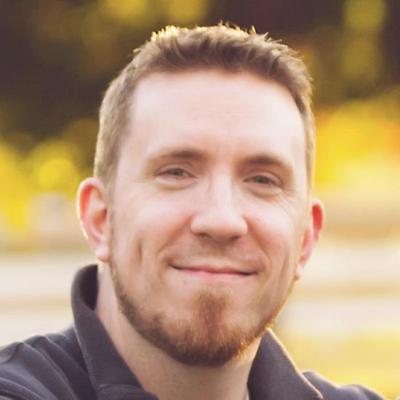 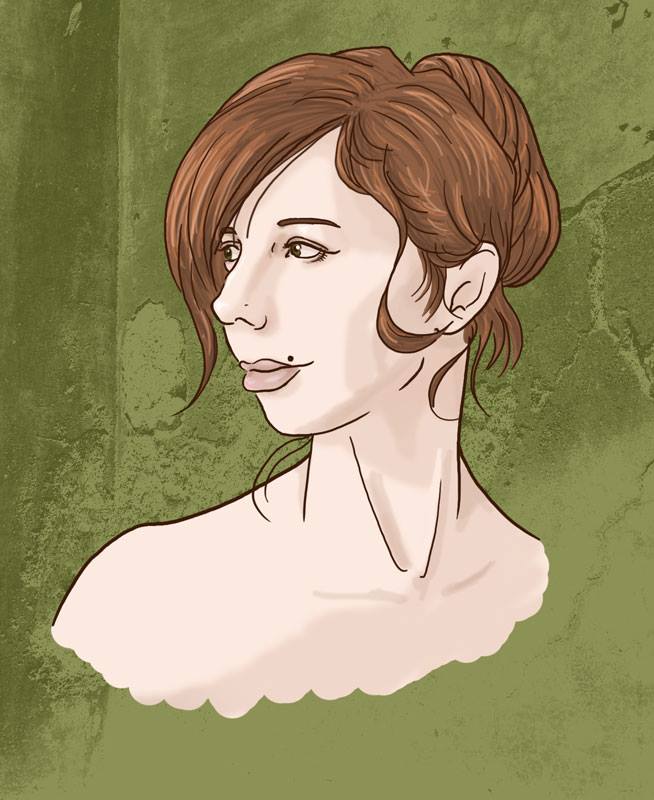 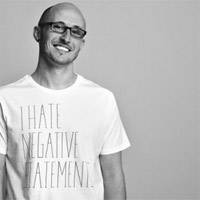 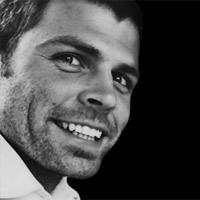 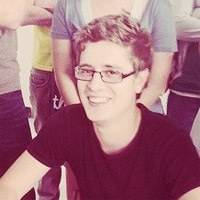