Martyn Dawson likes dunking biscuits in tea. He’s British so for those of you on the other side of the pond, not in the know, these biscuits are like cookies rather than those potato things you eat with bacon. Stationjack is the artist’s brand and the username Martyn uses on various sites around the internet. It’s origin is the much maligned romantic blockbuster from 1997 starring Leonardo DiCaprio and Kate Winslet. More on that later.

He may not have travelled much but Martyn has had some pretty interesting experiences. He has played in a few bands, gotten over a leather jacket and tight seventies shirt fetish and passed a kidney stone. He’s done it all. When Martyn is not painting the town red or plucking the strings on his bass guitar, he’s creating art for us to wear on a t-shirt. Luckily for us t-shirt fans, this Meltonian has been leading a fairly quiet life since leaving his rock star aspirations behind and returning to his home town.

Where does the name Stationjack come from?
Well, my nickname in my first place of work was Jack – at the time Titanic had been released. And DiCaprio’s character was called Jack Dawson… Dawson is my surname. Bit daft really but it stuck. Anyway, I wanted my alias name to have some kind of connection to me. The Station part doesn’t really have a meaning, but I guess it could mean it’s my station. Mostly it just works aesthetically and the letter ‘S’ tends to work well in a logo. I thought it sounded kinda snappy at the time. 🙂

Born and raised in Melton Mowbray, Leicestershire. Do you still live there?
I am back living in Melton now, yes but lived up north in Manchester from the age of 25 for 10 years. The accent hasn’t rubbed off Thank God 😛

How often do you eat Pork pies and Stilton cheese?
Not that often actually, although I have to say you won’t buy a better pork pie anywhere else and the Stilton is delicious on a cracker. 😉 I have to cut down on anything like that now as I passed a nasty kidney stone only last week. I DO NOT want to experience pain like that again.

I had never heard of Melton Mowbray, but it seems that the expression “paint the town red” came from there. Is this still a popular activity?
Apparently it did yes.. It’s related to fox hunting, which was very popular round these parts. The fox hunters used to go out drinking in Melton after a successful hunt and the story goes that they painted a few houses and pubs in red paint one night and generally larked about drunk. There’s a painting of it somewhere. 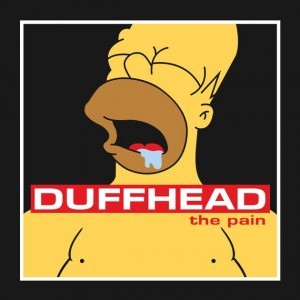 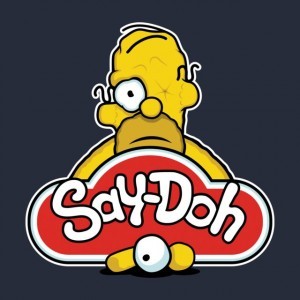 Is this still a popular activity?
The drinking part yes, there’s not a lot else to do, haha! But no we don’t go round painting buildings red anymore.

What’s the demonym for residents of Melton Mowbray?
Meltonians. 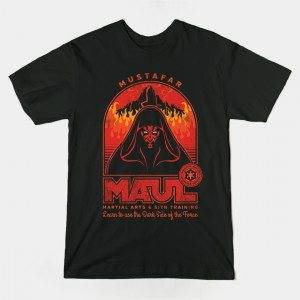 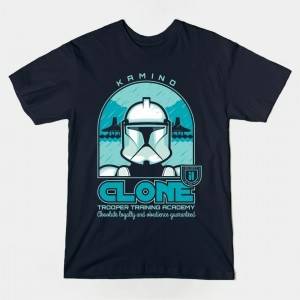 What do you like to do in your free time?
Watch movies, play guitar/bass guitar, hang out with friends & family, drink tea and eat cake, listen to music, design stuff… I forgot biscuits, biscuits dunked in my tea.

According to the biography on your website you have been enthusiastic about art since an early age. Have you had any formal art training?
I went to art college yes, but that’s as far as I took it. Decided to experience the ‘University of Life’ instead. 🙂

Apart from t-shirts, are you involved in other art/design projects?
Nothing in particular at the moment, just my usual freelance jobs which can be an array of different work.

Where do you usually get your inspiration?
Pop culture, movies, art, comics, retro gaming, music. I get a lot of inspiration from my childhood.

Could you describe your typical design process from concept to completion?
Well, I usually carry a small sketchbook with me if I’m away from home. I either sketch ideas or just jot down ideas so I don’t forget them. If I haven’t got my sketchbook I use notes on my iPhone. I should probably sketch more, but I’m extremely comfortable going straight into illustrator and getting stuck in. I can sketch perfectly well in Ai and then layer over the line work. Occasionally I do the same in PhotoShop but illustrator is my favourite. I love the clean lines. Just recently I have been experimenting with textures in Photoshop though.

I saw a photo of you playing the guitar. Tell us about that.
I’ve played bass guitar since the age of 16. I and a few mates from school set a band up, never got anywhere with it, but I still think our songs were amazing. We shoulda tried a bit harder. 🙂 We went through about 5 different name changes before even playing a gig haha.

When I moved to Manchester I had the urge to get back playing again so I began playing bass for a covers band. I got bored with playing covers so auditioned for a local indie band and got in. We were called Green Plastic Revival – There’re a few crappy gig videos knocking about on YouTube still I think. Played quite a few gigs in and around Manchester, a few in Liverpool, culminating in a headline slot at The Manchester Academy. I’m glad I got to experience the music scene in Manchester first hand as it’s about as far as you can get from the market town life of Melton. I miss playing, but I kinda prefer the peace and quiet now. Never thought I’d be saying that 😛

How did you first hear about daily t-shirt sites like ShirtPunch and RIPT?
A friend made me aware of these kinds of sites. I had no idea such sites existed.

Do you remember your first print? If so, what was it and how did you feel?
Yeah, I’ll never forget my first sale. It was my Bushwood Caddyshack design which was one of my first. ShirtPunch decided to give it a go which I thought was cool. It didn’t sell vast amounts, but it gave me a huge boost in confidence and motivated me to go on to design and sell more.

You have had t-shirts printed by various daily t-shirt stores. Who do you usually submit to first? Why?
Well I used to submit a lot to Qwertee as 2 of my early designs were sold on there together and they sold very well. But ever since I’ve just not managed to get the votes or catch their eyes on there. Whether it was just luck or not choosing the right genres, I don’t know. That site’s a mystery to me. Now I tend to submit to either Ript, the Yetee, ShirtPunch or TeeFury, depending on the design genre. Still not managed to print with TeeFury but I’ll keep trying. 🙂

Of the t-shirts that you designed which is your favorite?
Has to be Super Ultra Violence.

Do you wear the t-shirts that you have designed?
I do actually.. Mostly just at home though. 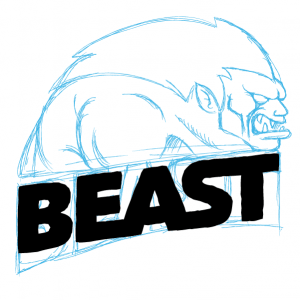 Have you seen somebody wearing one of your t-shirts in the real world?
Personally unfortunately not. (-:  A few artist friends have seen people wearing my tees and sent me photos, but I’m still waiting for my first sighting.

Do you have any role models?
I have to give a shoutout to Signalnoise – When I first started getting into illustration properly I found his stuff. His use of nostalgia and eighties inspired style really pushed me to design more.

Outside of the design world – I always wanted to be Colin Greenwood (Radiohead Bass player).
Him but with the style of Brett Anderson from Suede. So I used to wear leather jackets and tight seventies shirts in Sixth Form.

What is the most exotic location you have been to?
Not much of a traveller – Erm… Ibiza/Tenerife?

Where would you most like to visit? Why?
Italy – I’m fascinated with Roman history and the architecture is stunning. Always wanted to sit outside a cafe there and paint.

Which t-shirt designer(s) do you admire the most?
I have a few artist friends that I really admire and get inspiration from including Brandon Wilhelm Art, Cory Freeman Design, Olipop, Fanboy30 and Jango Snow – These guys produce some really stunning and inspiring stuff.

Have you done any collaborations for t-shirts?
I did a collab once with my friend Chris Morkaut which was the Incredible Hogan design.

Who would you like to see interviewed by the Shirt List next?
Any of the 5 artists mentioned before. 🙂

What design trends have made you go WTF?
Hmm not sure about that.. But I guess the extreme minimal designs you see for film posters etc are a bit naff.

Any advice for other designers/artists?
Grow a thick skin and never give up. Everyone has to start somewhere and some of the best tee designers submitted many times before getting a break. Churn out as much work as you can and don’t give in to popular genres all the time. If you’re truly into a genre you can usually see the love that’s gone into it, plus it’s more enjoyable.

What are you watching on TV at the moment?
Game of Thrones like everybody else. 🙂 What a finale to season 5 that was!!
Also started watching Vikings not long ago.

What’s the last movie you saw in the cinema/movie theater?
I don’t tend to go to the cinema as I have a chronic pain condition which makes it difficult to sit for long periods.. So it was aaages ago – The Dark Knight I think. 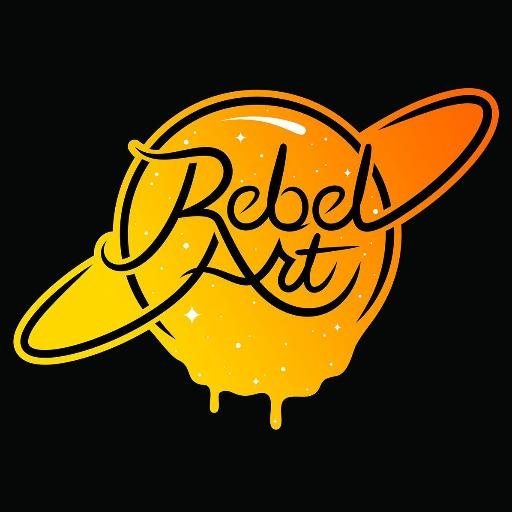 Austin Frankel is an American Sign Language Interpreter for the Deaf, a Star Wars fanboy, and a very talented artist. He creates art for himself … 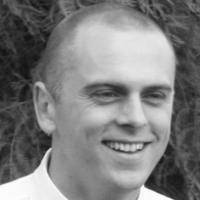 If you decide to judge Jon Penn, co-founder of the new ethical t-shirt brand, Goodfibres, by the picture above, as I do, you would probably … 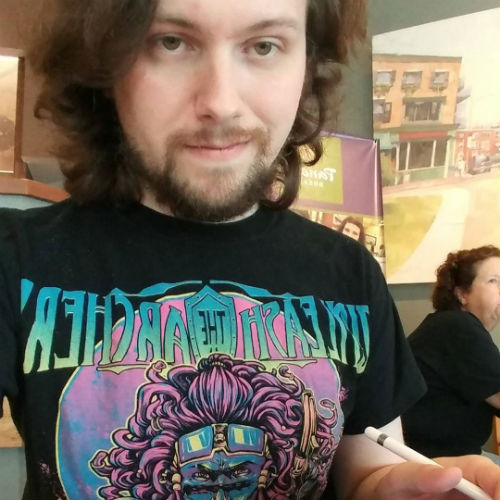 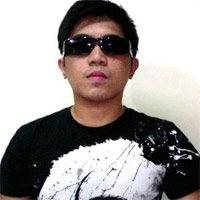 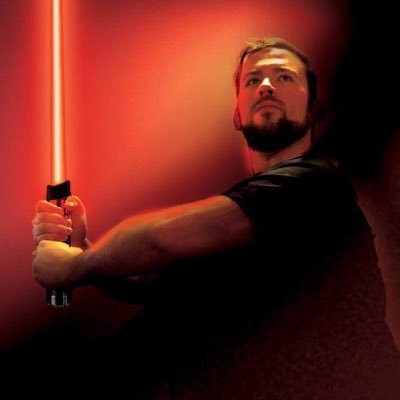 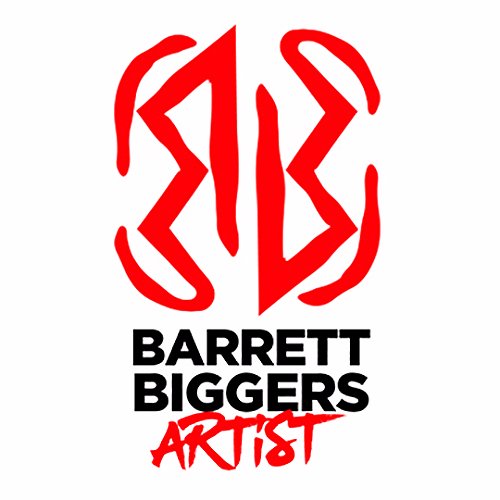