The Shirt List has an ever-expanding collection of Twin Peaks t-shirts so if you are a big Twin Peaks fan you will probably want to check back regularly. Especially now that there is going to be a new season. As I write this, we are two days away from the next season. David Lynch and Mark Frost wrote all the episodes, and Lynch directed. Frost emphasized that the new episodes are not a remake or reboot but a continuation of the series. Most of the original cast returns, including Kyle MacLachlan, Mädchen Amick, Sherilyn Fenn, Sheryl Lee, Ray Wise, and several others. New additions include Monica Bellucci, Jeremy Davies, Trent Reznor, Laura Dern, Robert Forster, Tim Roth, Jennifer Jason Leigh, Ashley Judd, Tom Sizemore, Amanda Seyfried, Matthew Lillard, and Naomi Watts. You can subscribe to the Twin Peaks t-shirts RSS feed above. There are currently 43 Twin Peaks t-shirts on the Shirt List. 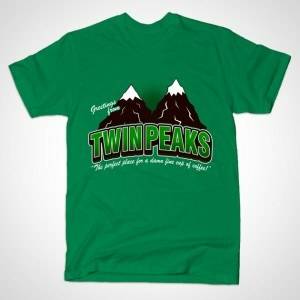 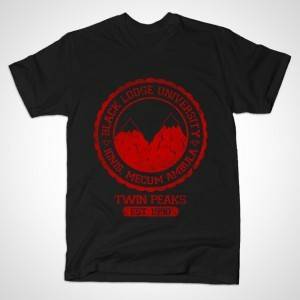 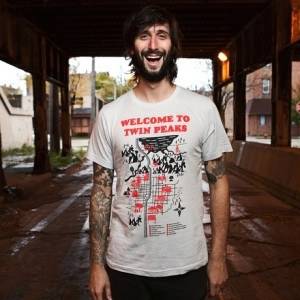